NGTC seeks to provide a safe and supportive learning environment for our students and staff.  To ensure the ongoing safety of our campuses, NGTC has designated a team of staff to respond to concerns about mental health or dangerous behaviors.  This team, called PackCARE, coordinates a variety of resources for students and staff in need of assistance, including those with mental health issues, dangerous or distressing behaviors, relationship problems, substance use and addiction, and other concerns.

Anyone in the NGTC community who observes an emergency or behavior that is dangerous or severe should contact 911 immediately.

Dangerous or severe behavior includes any incident where a person is demonstrating an imminent or direct threat to self or others, for example, a suicide threat or plans for a suicide attempt, or a direct threat to others including actions or remarks about actual or planned physical violence or harm, sexual assault, or property vandalism.

Faculty, staff, and students who are concerned about behavior that is disturbing, disruptive or distressed but does not pose an imminent danger should complete a PackCARE Incident Report Form.  Once the report is received, the PackCARE team will develop an appropriate response plan.  The response will be based on the nature of the behavior, the severity of the risk, and the needs of the person.

An introduction video to PackCARE.

A:  PackCARE stands for Caring for the Pack (NGTC Wolves community) in a way that models the motto: Care-Aware-Respect-Encourage. NGTC’s PackCARE team is a multidisciplinary team comprised of staff, faculty, and law enforcement officials that proactively responds to situations that may pose a threat to the safety of the NGTC community.

PackCARE handles a range of issues, including:

Members of the NGTC community can report a concern about themselves or another student or staff member who might benefit from support by filling out a PackCARE report form.

When a report is received, the PackCARE team conducts a professional assessment to help understand each person’s individual need and to evaluate risk levels when a person’s behavior may endanger their own or others’ health and safety.  After each report has been evaluated, the PackCARE team implements a timely intervention specifically tailored to address the needs of the individuals involved.  PackCARE works to ensure that NGTC students and staff access the specific resources they need as quickly as possible.

What is the purpose of PackCARE?

The PackCARE team examines reports of distressing situations to evaluate risk levels and identify persons whose behavior may endanger their own or others’ health and safety.  PackCARE meets, as needed, to review and analyze information in order to address the needs of students who are experiencing significant behavioral disturbances.

What does PackCARE NOT do?

PackCARE does not adjudicate, discipline or impose sanctions against any member of the campus community, nor does it provide or mandate treatment and, therefore, is not a disciplinary body.

What kinds of concerning behaviors should I be aware of?

People experiencing psychological or emotional distress may not directly express their feelings, but they will usually exhibit behaviors that are out of the ordinary and/or considered socially inappropriate or strange.  Use of drugs or alcohol may also mirror these symptoms and the distressed person will still benefit from intervention.

Individuals who are in distress are at greater risk of suicide especially when behaviors are new or have increased, often in response to a recent painful event, including loss or changes.

What kind of concerning behavior should I report to PackCARE?

What happens after I report a concern to PackCARE?

Will my report be kept confidential?

A person is distress has a right to privacy.  In most situations, information provided by the person reporting the concern is confidential and is only released with that person’s permission.

Written records, including student conduct reports, are protected by the Family Education Rights and Privacy Act (FERPA).  Except in extraordinary circumstances, permission to release this information is to be given by the student in writing.

FERPA does permit the release of information when necessary to protect the health or safety of the student or others.

When a person presents an imminent danger to self or others, it is both permissible and crucial to call 911 and the student’s emergency contact.

If you have any further questions, please contact us: 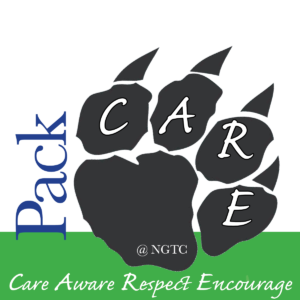